Looking back: I was really pleased with the photobook idea based on Ruscha’s work. I tend to travel a lot and have always tried to document the process, so actually having an outlet for some of the many photographs I have taken of airports was pleasing in the extreme.

The physical book has arrived and it is really pleasing to have a tangible copy of the photographs! 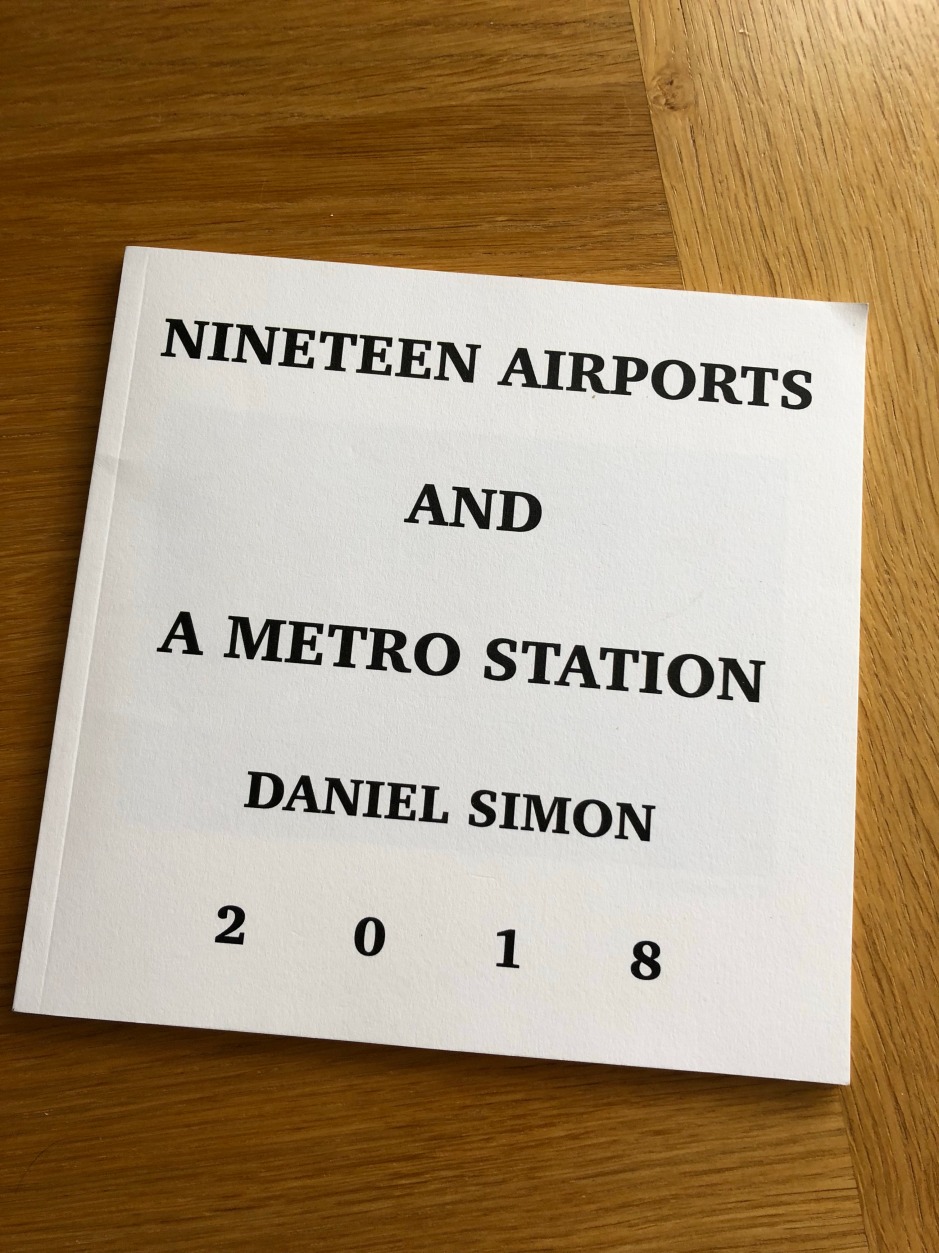 As I will shortly be leaving Dubai after nine years, I decided to revisit some of the places that I went to when I first arrived. As it happens, I have few photographs of my first few years here, but did find one that was taken from the observation deck of the Burj Khalifa, so that is where I headed.

In terms of compromises, as the shadow of the Burj features strongly in the original pic, I wanted to ensure that I visisted at the same time of day. I checked the EXIF data on the original which showed that it was taken at 1.38pm, so I bought a ticket for 1.30pm today. Three things:
1. My original camera was set to UK time so the picture was actually taken at 4.38pm.
2. You cannot change the time on tickets for the Burj.
3. There are no seats at all on the observation floors.

The upshot of all this is that for nearly three hours, I was the highest person sitting on a toilet on the face of the Earth.

Typically, although there is some change, the one photograph I took on my first visit happens to be pointing in the only direction that you cannot see the majority of the enormous change that has occurred since 2010.

I am not sure whether I would be flattered or offended if my work were to be used without credit elsewhere – I suppose much would depend on the context. A visit to Cuba last summer showed many examples of the remediation of Alberto Korda’s iconic photograph of Che Guevara (which was also touched upon in the last unit): 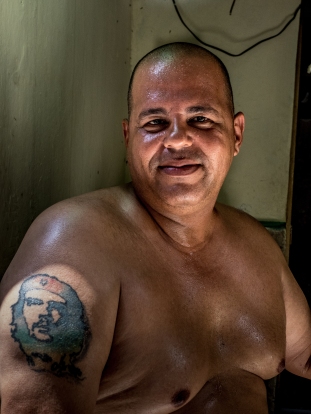 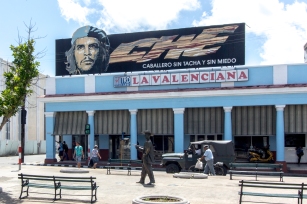 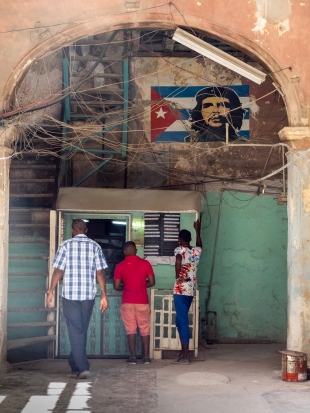 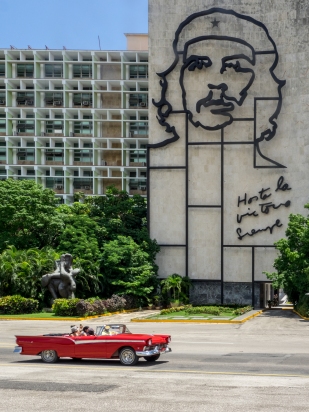 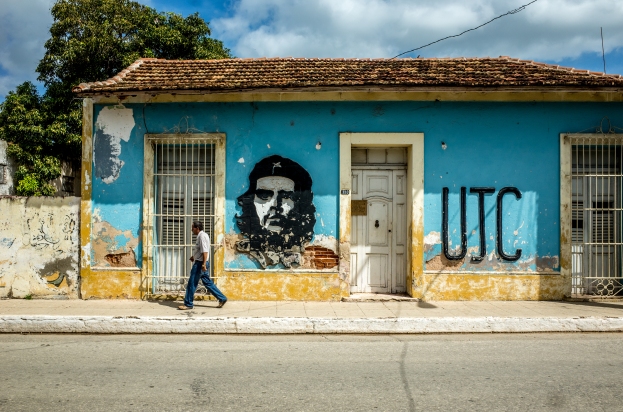 In such an instance it would be difficult to complain, I think. Similarly, photographs used as backdrops for blogs – though I would expect credit to be given, it is still something of a compliment. I would be considerably less understanding if my work was taken for commercial purposes or with somebody else attempting to take credit.

I have never been involved in photographing as part of a group, apart from a handful of organised photo walks where it was a collection of individuals rather than people working together to achieve a common goal or pursue a collective vision. In terms of collaboration with a subject, when my travel photography includes people, I tend to try and shoot candidly. The difference can be seen in these two shots I took a few moments apart in Bangkok last week:

My example of an image taken by a non-human concerns the hidden app.

This is an app that will use your laptop’s webcam to photograph the thief if the laptop is stolen:

This image of a laptop thief is one of a series that purportedly (many people believe that it was a media stunt to raise the profile of the app) led to the thief’s arrest.

If it is not a media stunt, is there still human agency involved? I suppose in the design and very purpose of the app.

One of the best things about a permanent move home is that I no longer have to worry about accruing physical books. Though I guess it didn’t bother me too much before as I have several cubic metres worth being shipped as we speak.

Having printed out many of the photographs I have taken and processed thus far, I went ahead and put them into the mockup of the book. Although I did follow the process outlined in the coursework for week 7, I did not photograph it as I went, until the final stage: 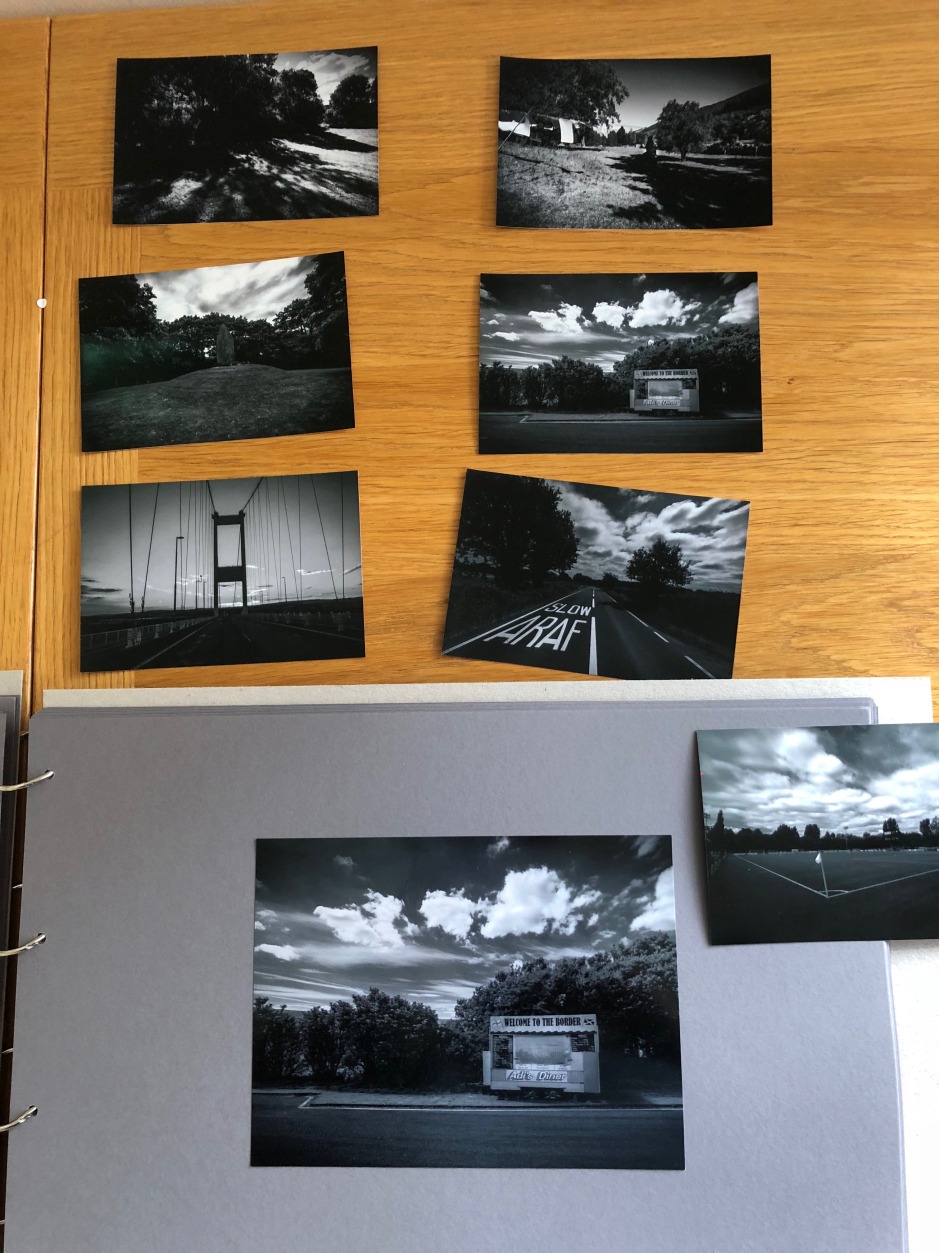 I really did find the physical manipulation of the photographs useful, both in terms of sequencing and processing, and several photographs that I had thought would definitely be used had less impact in printed form than I had hoped, so even the selection process was influenced by this task.

Two possible forms would be 1) a high quality fine art photobook. I am hoping that when the photography is complete, there will be clear thematic parallels between the borders photographed. Thus a book with foldout pages would invite a direct comparison between three or four photographs of different borders. 2) a book combining text and photography, where the parallels could be highlighted by both the usage and style of the language used, perhaps with more archaic, possibly poetic language used with the older borders and blunt, to-the-point language used to underline the shock of the recent violence and bloodshed of the Irish border. 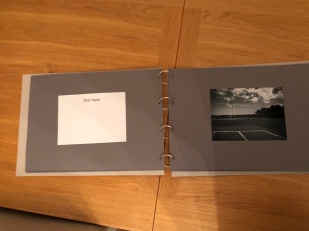 Workshop ideas that would interest me as a developing photographer would be ones based around the physical production of photography as well as studio photography. In terms of workshops I could develop, perhaps using mythology and the subconscious to develop narratives.

Traveling again for the next couple of weeks – 4 days in Minsk then a 2 day visit to the Isle of Man and a week following and photographing the Irish border. I will do what I can in terms of CRJ, but I suspect most of it will be finally written up in the two weeks after I return.

1. A mini-project on brutalist architecture of Minsk

2. Add to my current British Borders project with visits to the ports of Liverpool, Douglas and Belfast and a tour of the Irish border.

3. Complete historical research into the borders to try and find a coherent narrative sequence for my project.